The west coast of South Africa is a dry semi-desert region with an average rainfall of 280 mm (12″). For most of the years the vegetation is low scrub and thorn bushes with patches of dry dusty ground. In August after the winter rains things change dramatically. The flower come out in raging colours. This display lasts three months and by the end of October the flowers are gone and the dry dusty veld is left.
We drove up to Langebaan in mid August after good winter rains and enjoyed the glory of the flowers

The flowers spread across all the open ground and wild profusion. If you drive through quickly you only see the carpet of flowers. If however you stop and look, there is a wealth of beautiful flowers hidden within the showy flash of white, yellow and orange.

Simply put, it is about 5 to 6 hours drive up the West Coast. As you travel the country dries out. The plants become drought resistant and eventually you find yourself in, what has been called “big sky country”. The horizon is far away and shimmers in the heat. 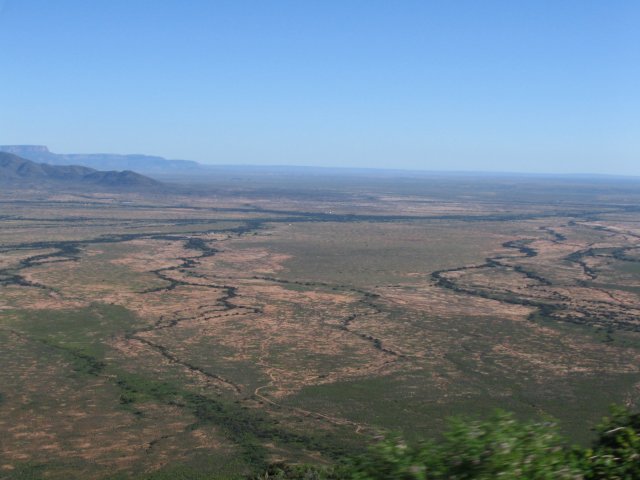 Niewoudtville is known for its flowers. It sells itself as the “Bulb Capital of the World” and rightly so. It also has a an amazing waterfall and so we are first going to visit the waterfall and then get to the flowers.

The waterfall is about 7 km out of Niewoudtville on the road to Loeriesfontein and would probably be more famous if it were not for the fact that it only has water for a short period in spring and early summer.

It kinda sneaks up on you. One moment you are walking through open veld, 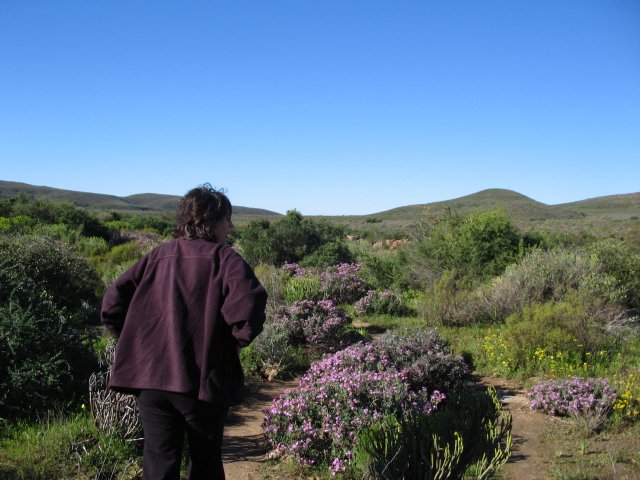 Then a noisy, boisterous river appears but you stil cannot see a waterfall. 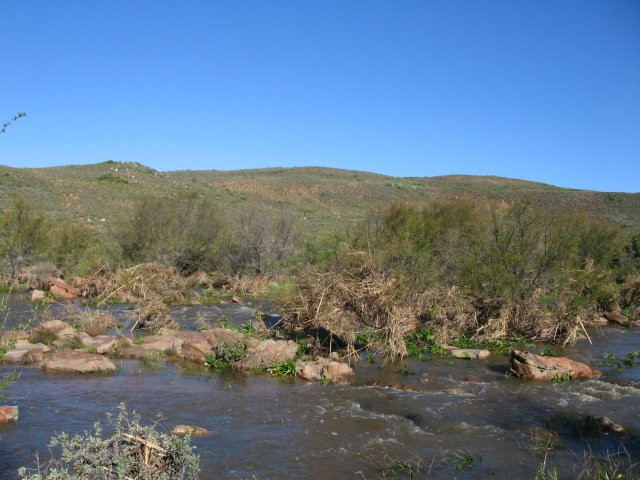 Then a couple of small waterfalls do appear. 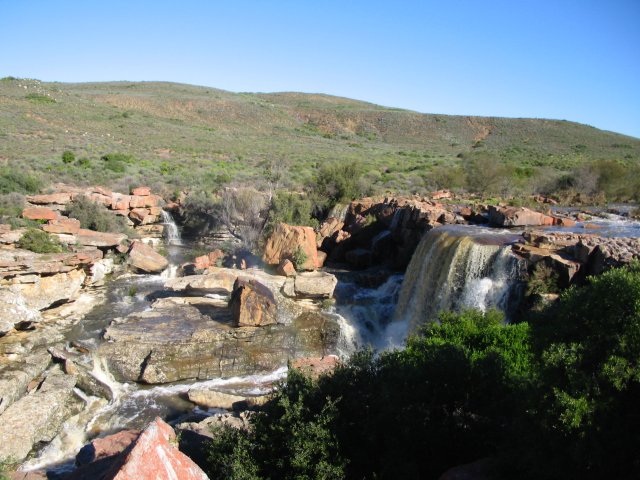 You tend to be disappointed and to think, “Is that all?” 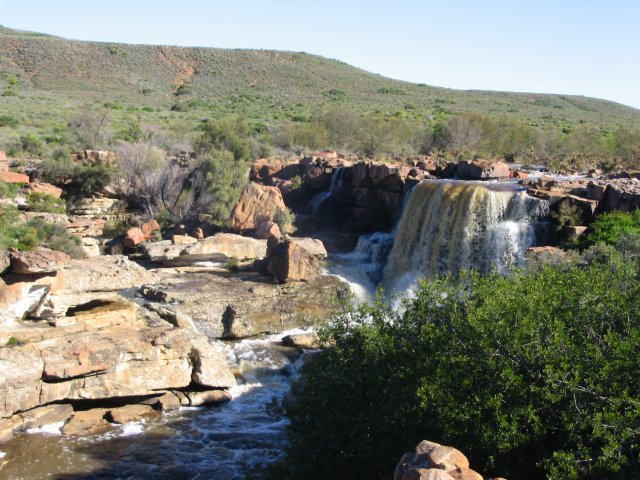 As you pass the small waterfalls you realise that the noise of falling water is not coming from the falls you can see. And then the world kind of falls away in front of you and you have reached the waterfall. 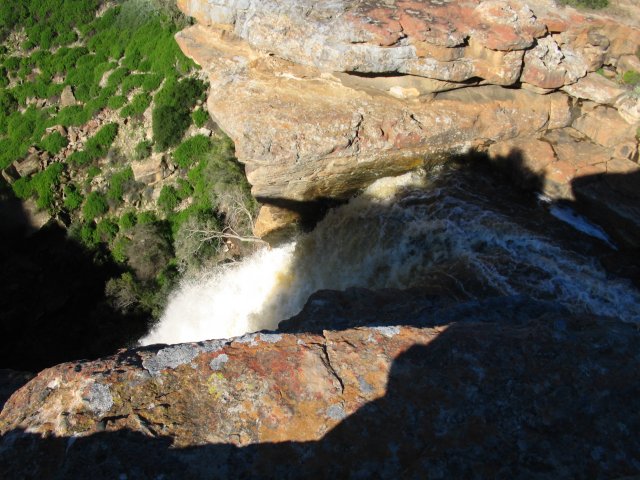 And then you are standing looking down 100 m (about 300 foot) following the water cascading into the gorge below. 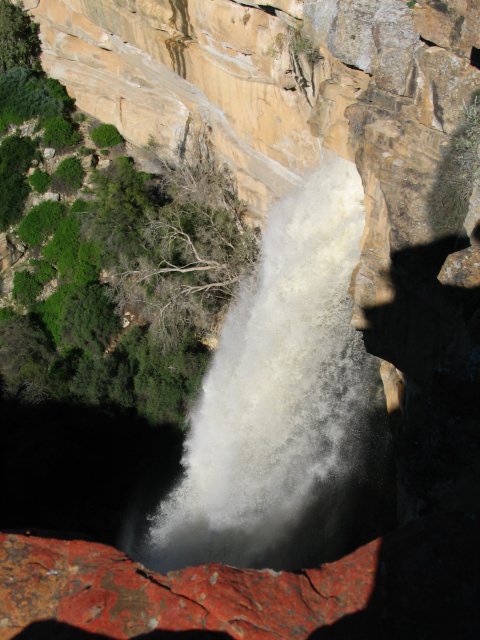 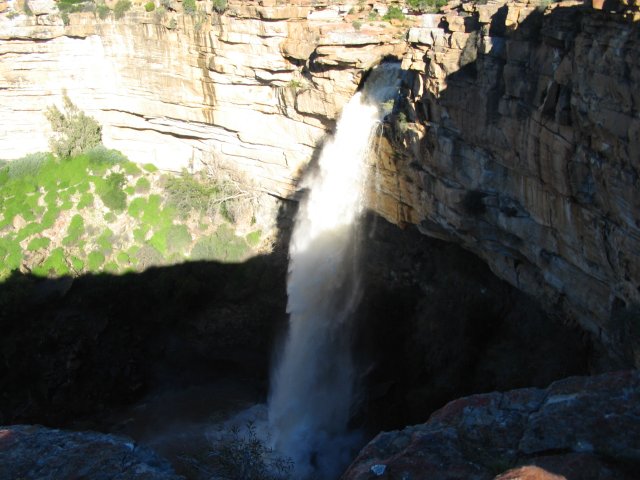 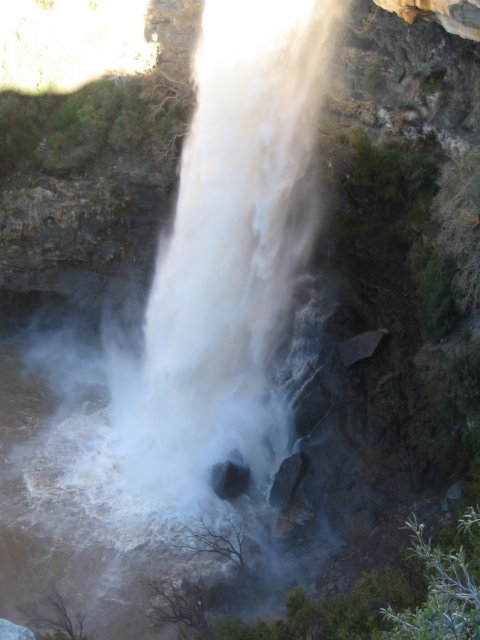 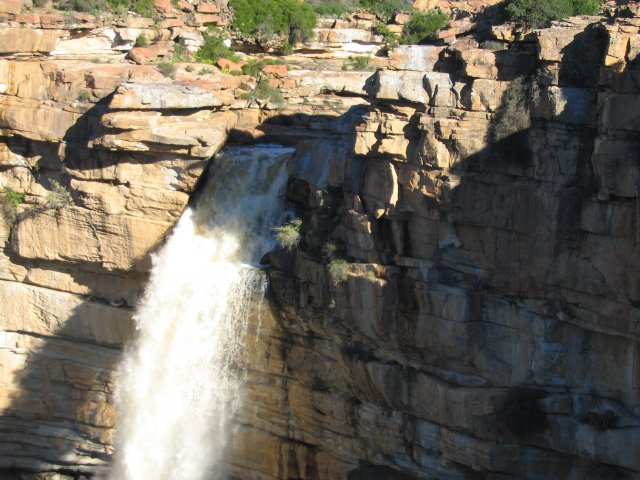 And then it just ambles away without anymore fuss. 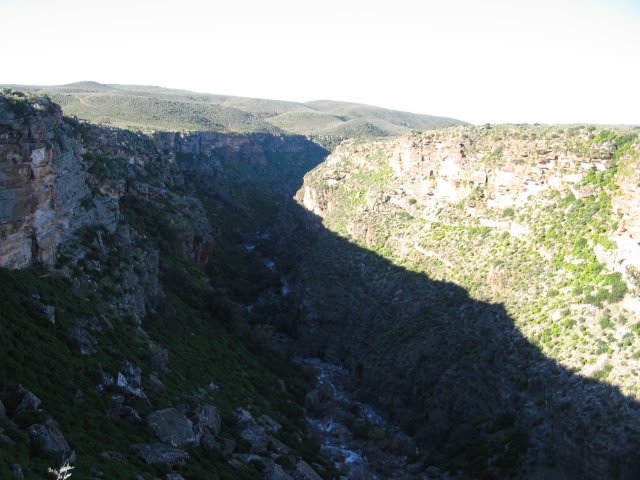 I found this lovely little waterfall that trickled its way to the edge of the canyon and then just disappeard. 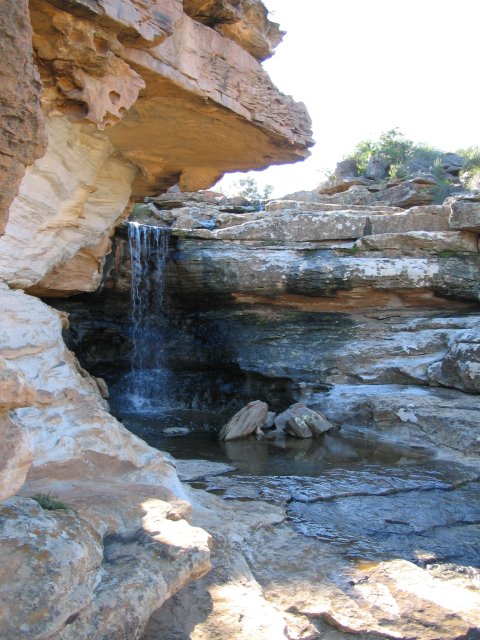 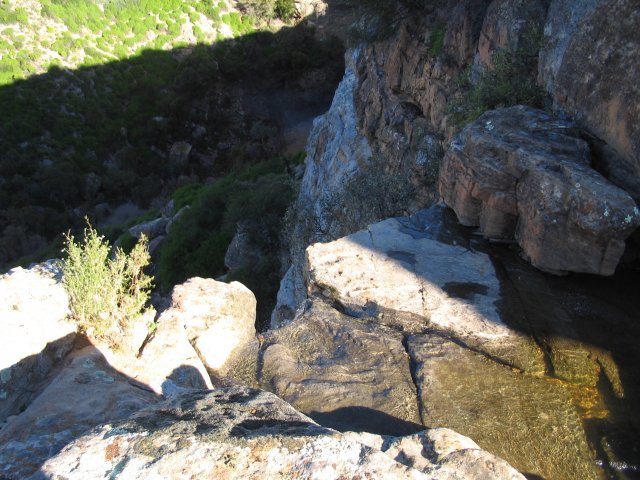 We aslo found plenty of green slugs. They are remarkably difficult to photograph. If you think a slug moves slowly, try to take a picture of it with your camera set to Macro. But in the end perseverance paid off. 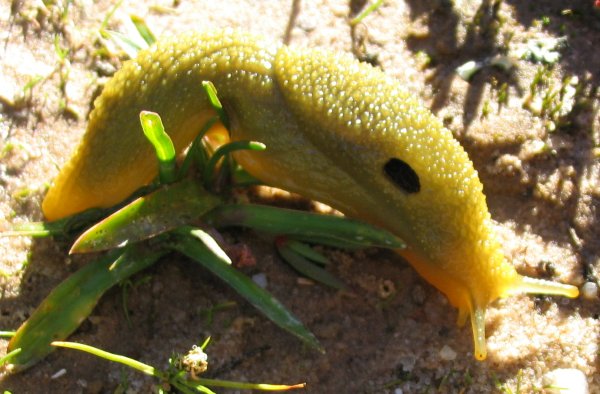 But you cannot go far without seeing the spring flowers.

Before we hit the flowers we stopped to fulfill one of my ambitions. To see the glacial pavement that was ground down when South Africa was part of Pangea and was at the south pole. The temperatures that day were not south pole values, but it wasn’t warm. Notice the jacket! 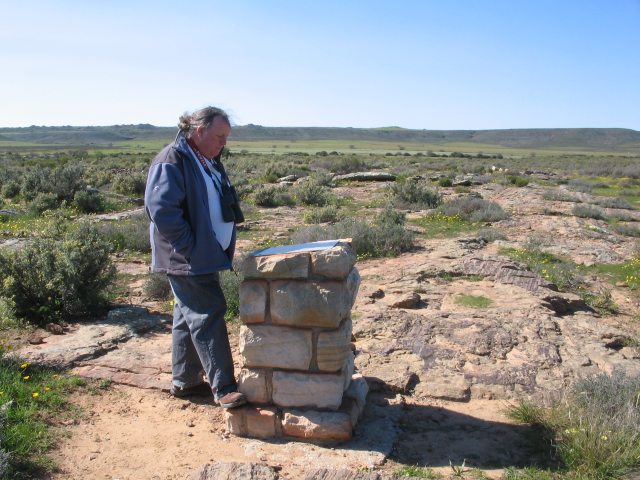 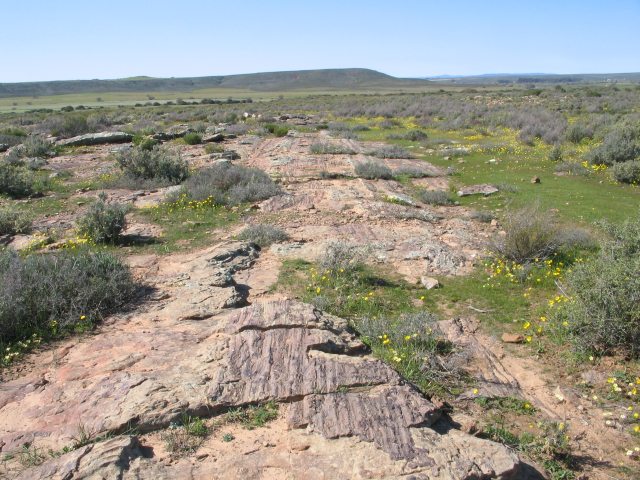 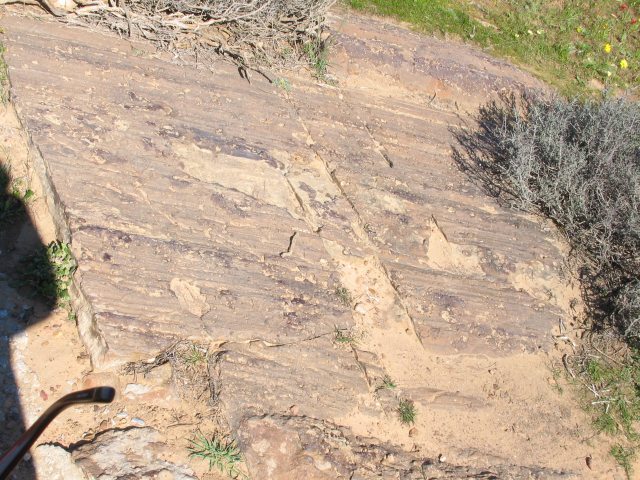 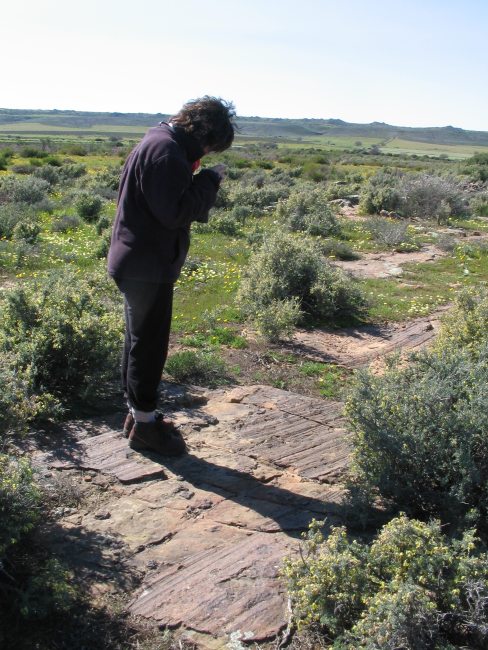 And then we headed out to see the flowers that colour the landscape of Namaqualand. 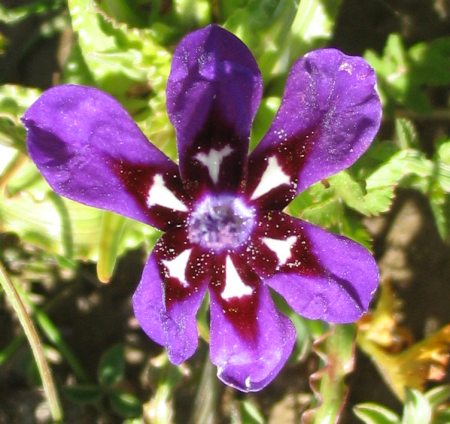 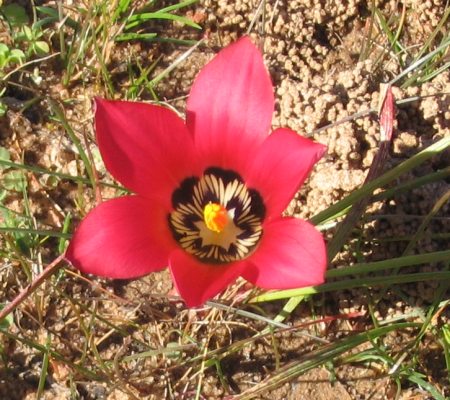 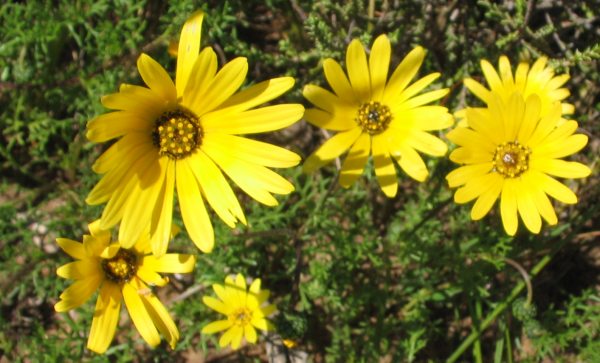 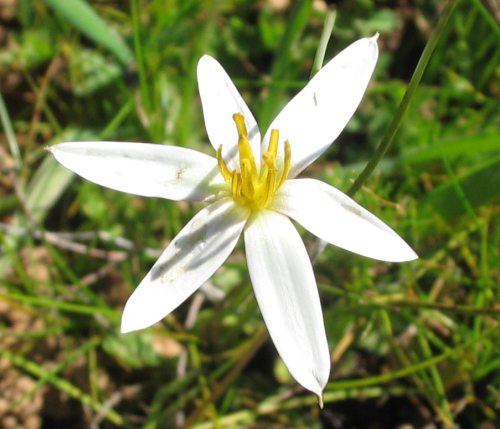 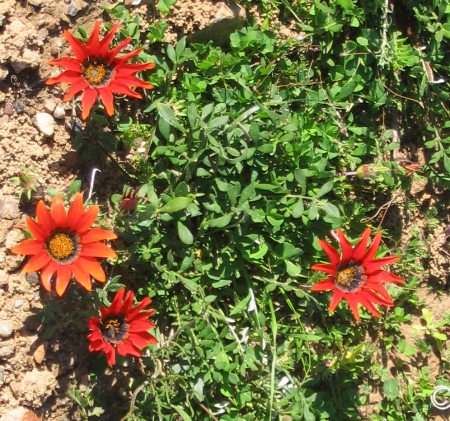 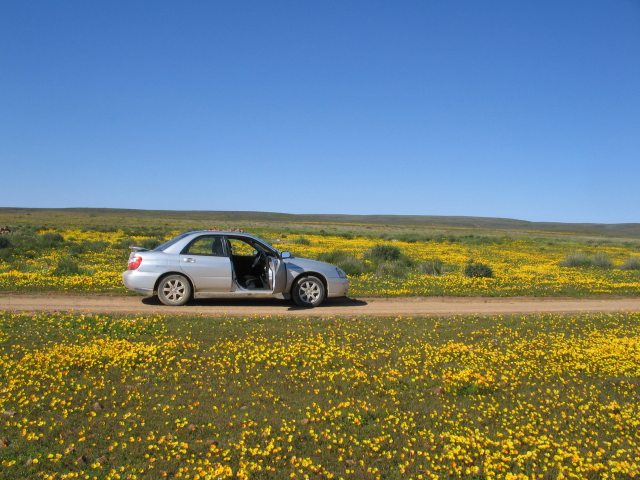 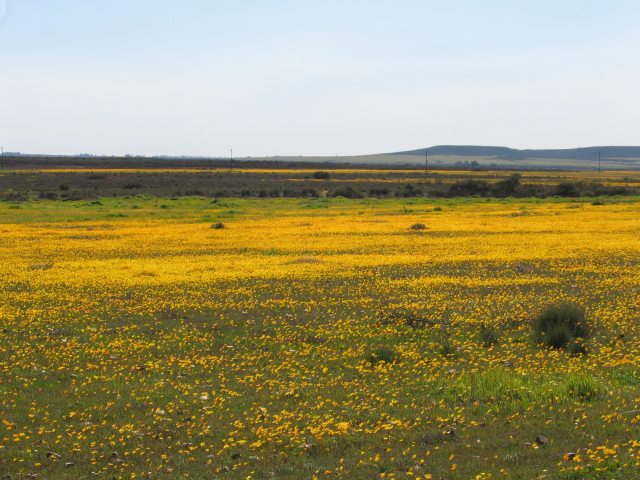 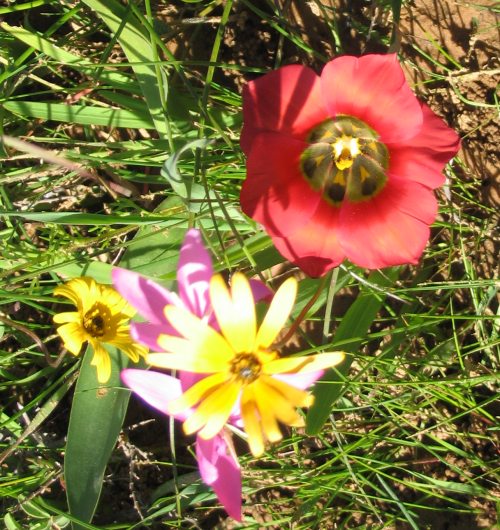 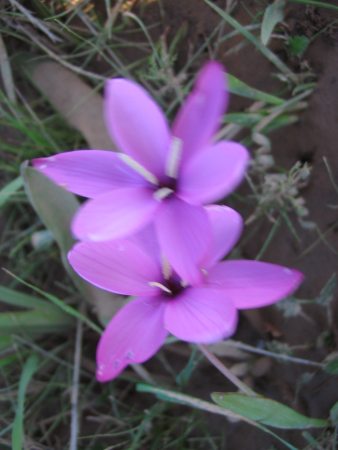 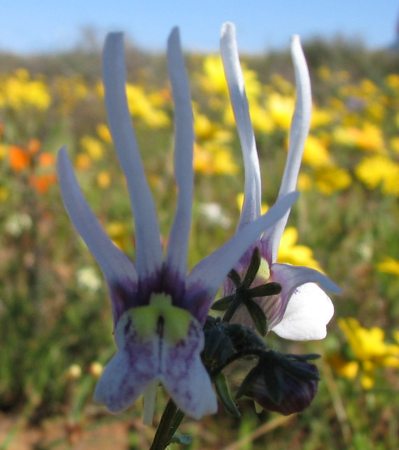 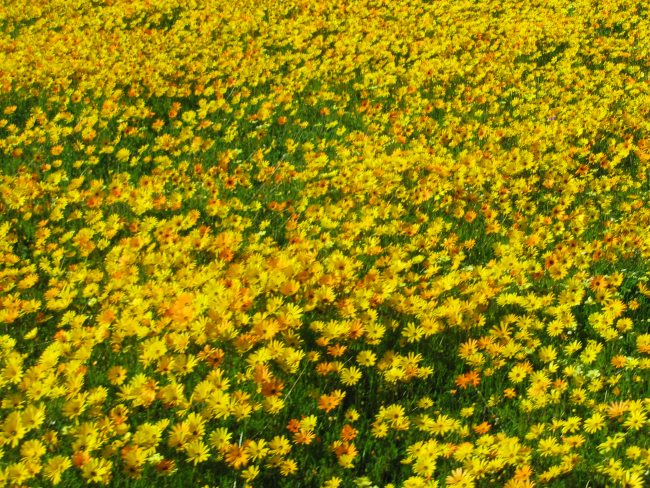 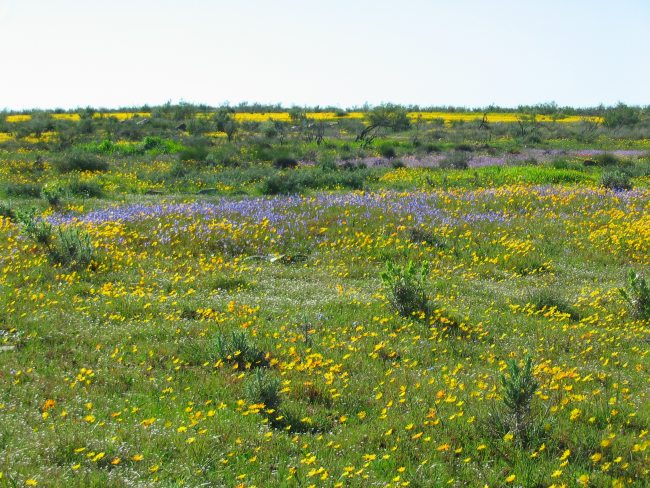