The R407, a dirt road between Klaarstroom and Willomore in the Eastern Cape is a brilliant drive if you like dirt roads.

It is very, very hot and dry and it makes you realize how big South Africa really is.

Driving the road in my old Subaru Imprezza was fun because of its amazing road holding. I cannot wait to take my new Imprezza out for a long dirt road drive.

Having had my VW Polo stolen I decided that I would like to go back to driving a Subaru Imprezza. After much hunting around and finding only modified and old Imprezzas I took my courage in hand and phoned the guys who sold me my first Subaru, Somerset West Subaru.

They took the red ribbon back and I was once again driving a Subaru Imprezza. Such an awesome vehicle

Thanx to Anthony at Subaru Somerset West for the enthusiastic and informed help.

We (Amanda and I) have a story to tell you about a part of our Europe trip, that started out as a bit of an add-on and ended up as being one of, if not the most important part of our trip. The whole idea of going to Europe was to see a Rembrandt Retrospective. By the time we had booked, we realised the exhibition would be over, so we adapted. This was to be the grand European Art Tour, Rome, Florence, Paris and Amsterdam. Nothing more.

Almost as an afterthought Amanda suggested that we go to Castiglione to visit the grave of Sgt. Thomas Brain, her uncle who had died in Italy during World War II.

I thought that was great idea as my mother had been in an Entertainment Unit called the Modernaires during WWII.

She had written a poem about holding a dying man’s hand in a place called Castiglione.

Amanda rolled up her sleeves and with typical efficiency had us booked. It was during this booking period that I discovered there was not just one Castiglione, but three, and that the chances of it being in the town my Mother had written about was pretty slim, and then actually proving it even slimmer.

Castiglione dei Pepoli was the one we were going to and it is a tiny town. It seemed a very unlikely place for an entertainment unit to be performing so it was basically Amanda’s show, with me happily joining her on a complex trip that required fairly tightly scheduled series of changes between buses and trains.

It was an interesting trip because it was not on the tourist routes. Being a small town, the buses ran only 4 times a day. Miss the last one and we would be stuck in another tiny town on the railway line. Getting out of there and to Lausanne after the visit was, if anything, even more fraught with complexity. A seasoned traveler looked at those two days travel and remarked it would be “quite hectic”.

So the day duly dawned in Florence and we set out at 7 am. Train to Prato, another to San Benedetto and then a bus to Castiglione.

Buying a bus ticket in San Benedetto to Castiglione and no ticket office. What to do? Easy! You go to the local station bar, this at about 8:30 in the morning, and a cheerful bartender sells you espresso, croissants and tickets. A committee of Italian gentlemen make sure you get on the right bus and disembark at the right bus stop.

At about midday we are in Castiglione, we book into the hotel and we wander down to the immaculately kept War Cemetery where 401 South Africans, 99 British (seconded to 6TH S.A. Armoured Division) and 2 Indians (British origin) are buried and their graves carefully tended by the super efficient Commonwealth War Graves Commission. It is by using their data that we find Sgt. Thomas Brain’s grave quickly. Amanda spends time at his grave, we have a subdued lunch there looking out over the valley.

As we leave we read the visitors book and find that a steady stream of South Africans visit the cemetery. Amanda also finds the name, email address and phone number of the curator of the tiny War Museum which is unfortunately closed today. He is interested in the stories that visitors have to tell. Amanda emails him and he responds almost immediately. If we are interested, he is willing to drive for an hour from Bologna and meet us in Castiglione at 8 after supper. For the rest of the day we do the tourist thing.

We agree and just as we are finishing supper, Mauro appears. A greyed haired, gentle eyed man who sits down with us and produces documentation from the SA Defence Force Archives with details of Amanda’s uncle’s death. He has visited South Africa 9 times doing research.

We ask him what drives his curiosity. He says that his mother told of seeing Scots Guards (a British unit seconded to 6TH S.A. Armoured Division) soldiers returning from the front “in tears”.

South-east of Bologna in the communities of Castiglione dei Pepoli, Grizzana Morandi and the surrounding area local people gather annually to celebrate their towns’ emancipation from Nazi forces in the autumn of 1944 by the 6th Armoured Division from South Africa. During this ceremony, they raise the South African flag to acknowledge the efforts of the liberation forces.

This area was the site of the biggest, yet least-known, massacre of innocent civilians in Italy during WWII: the Marzabotto Massacre and it is here that the Allies eventually broke through the following Spring, spelling the end of the war in Italy.

Mauro produces a document for Amanda showing her uncle’s name, details of his death and confirming his date of death, 30 October, 1944.

He then turns to me, produces two documents. A nominal roll of Modernaires Entertainment Unit performers dated 21 October 1944.
“Is your mother there?” he asks and sure enough there she is, Sgt. D A Morton.

“And I have a report of the show they put on” he says, and produces another document. He has by now reduced the pair of us to tears.

“Come see the museum.” We walk through the dark streets to the Centro di Cultura (Cultural Centre) past the building where my mother may have performed.

We go upstairs and up on the wall is a copy of a photo I have in my mother’s picture albums, of her and her fellow performers in full costume. They are walking past a bunch of soldiers down what up until now was an unnamed town – Castiglione dei Pepoli.

The only thing we don’t know with any certainty is if Amanda’s uncle saw my mother perform just days before his death. I certainly hope he did.

If you are in Italy and want to see the Museum, or are just curious their website is here.

This pass crosses the Hottentot Holland Mountains. It separates Cape Town from the Boland.

The Houwhoek Pass is a small, fairly insignificant pass just outside Cape Town. In the following video we are approaching from Bot River and heading toward Cape Town

The Western Cape was hit by a crippling drought. The level of the main storage dam, Theewaterskloof dropped to 25% and vast tracts of it were just dust and loose sand instead of water. I had this poem rattling around in my head and it just demanded to be written.

Dust bowl dam. Sun light glitters, stark on pale
Bone white surfaces, black stark tree skeletons,
Dry shod, heat struck, sand blasted we cross
The sparkling dam that once was and is no more
Oven heat scrapes roughly across our exposed skin
Slitted eyes blink against the wind hurled dust
No breath to spare for the pointless vital question
What have we done? What have we left our children.

Many years ago, I announced my intention of going to Verneuk Pan. A friend, on hearing this idea asked me to go to Granatsboskolk as it was in the same area.

“Because I read an article and the writer said finding Granaatsboskol was like finding the foot of the bed with your bare toe in the dark.”

How could I resist?

“Bring back pictures.” he said

In Brandvlei, I went into the pub called Die Windpomp and asked for directions to Granaatsboskolk. I was greeted with a stunned silenceand then someone asked.
“Why?”
I didnt explan and eventually someone issued directions.

Just as an aside, Die Windpomp is on the N7 and serves ice cold beer and huge slabs of very edible ribs. Stop in and enjoy!

So, join me on a trip to Granaatsboskolk and decide if finding it is like find the foot of the bed with your bare toe.

Get onto the N7 and turn left at the sign. Easy enough.

Drive 40 km along the road.

Cross the Sishen Saldhana Railway line. If you are lucky you will see the 1 km long ore trains. Breaks the monotony.

When you stop seeing a sign to Granaatsboskolk, you are there

Well? Was it worth it?

We went on a cruise with 2000 other birders looking for pelagic birds. 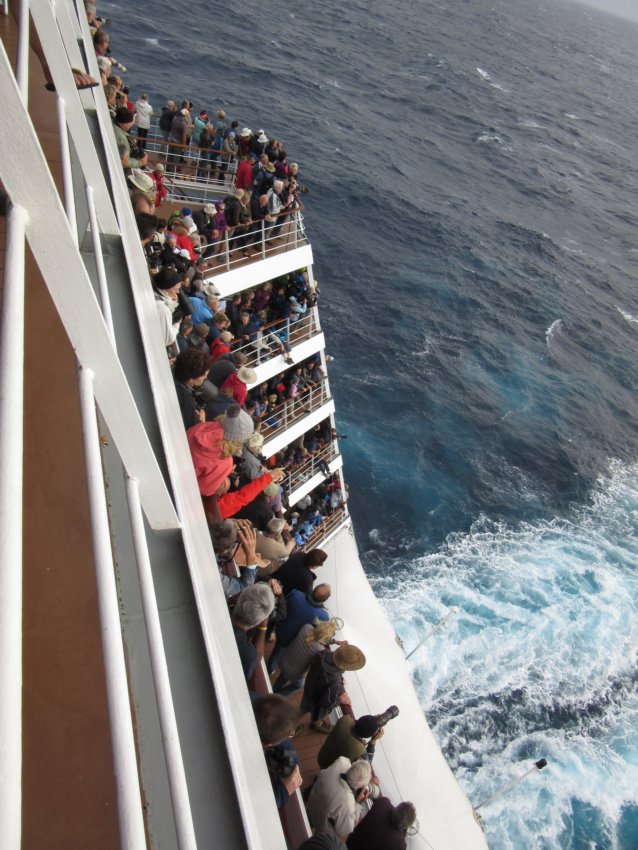 We got some really great shots and had a really good time. We left Cape Town in the late afternoon 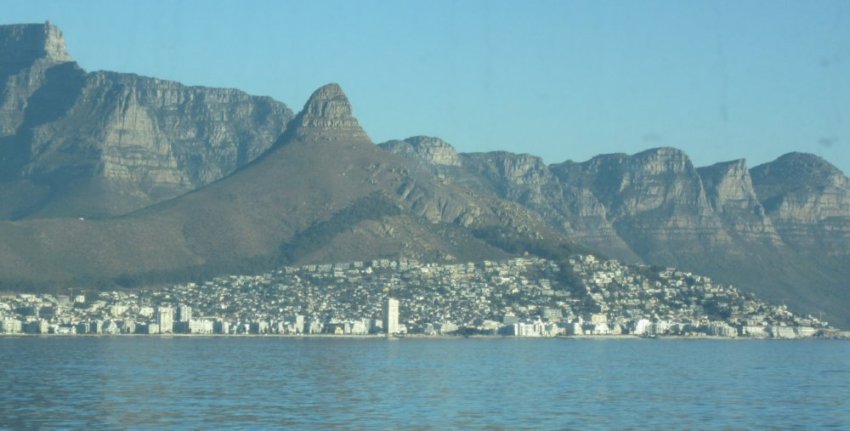 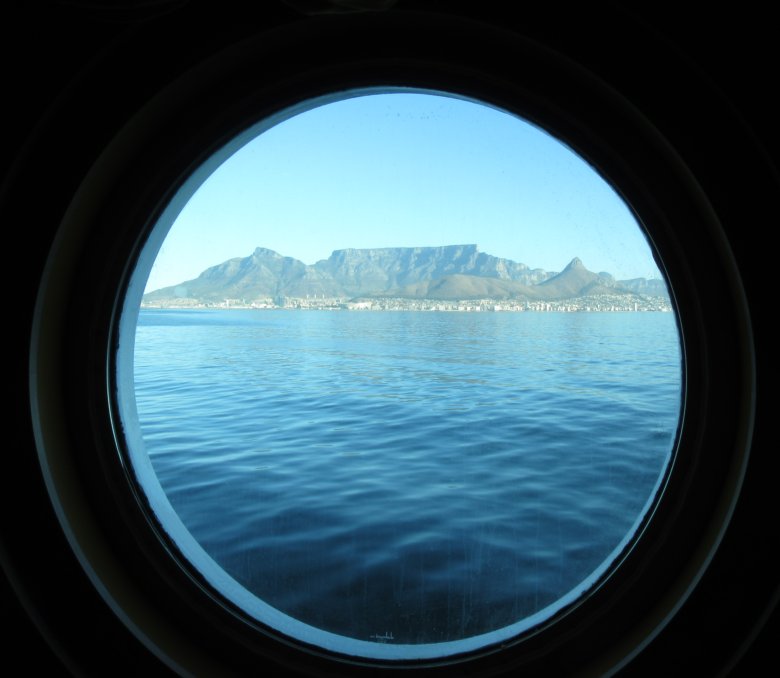 The sunset was marvelous 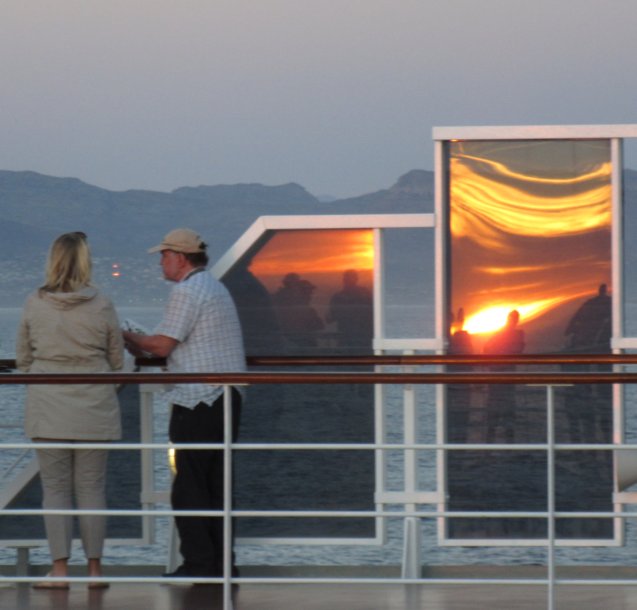 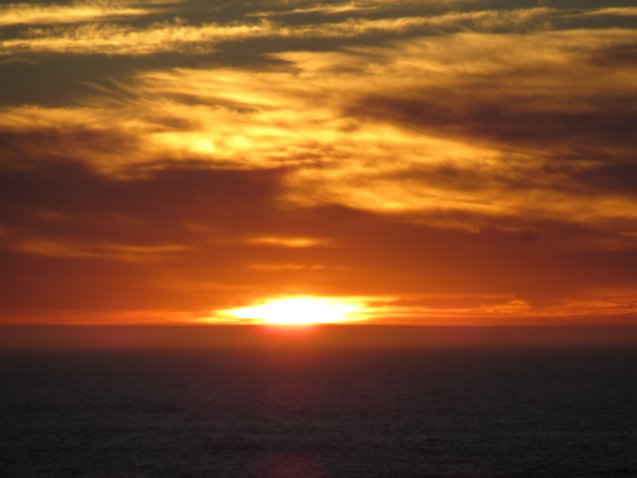 Then next day, the birds 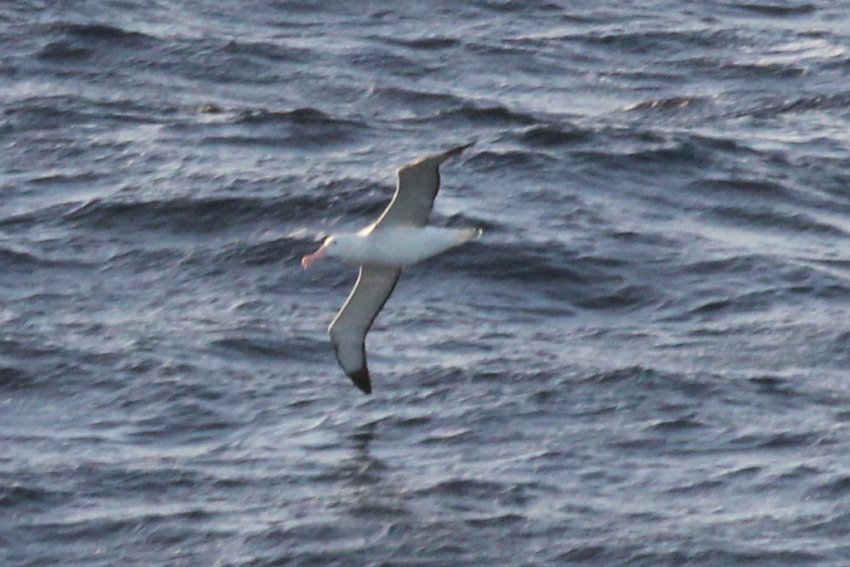 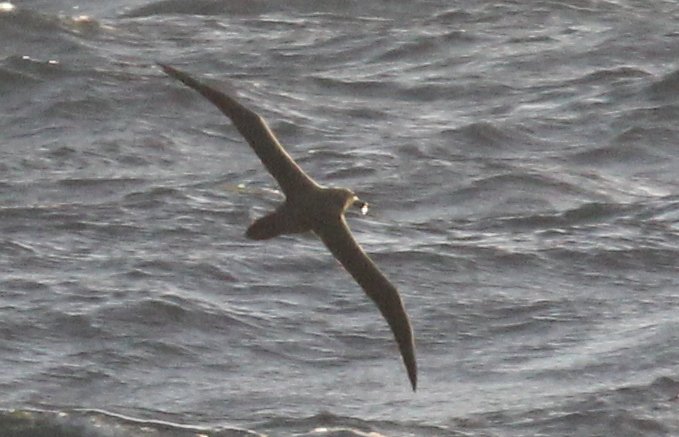 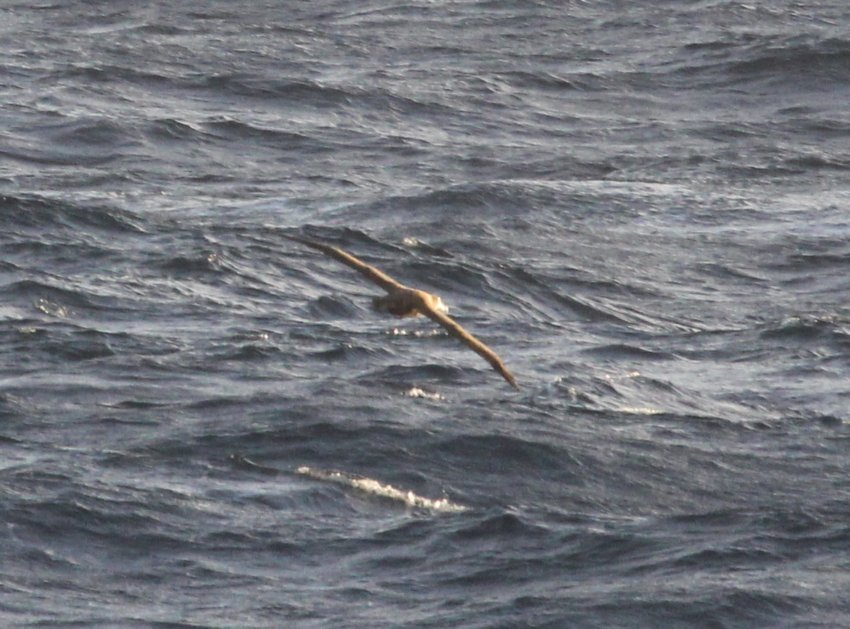 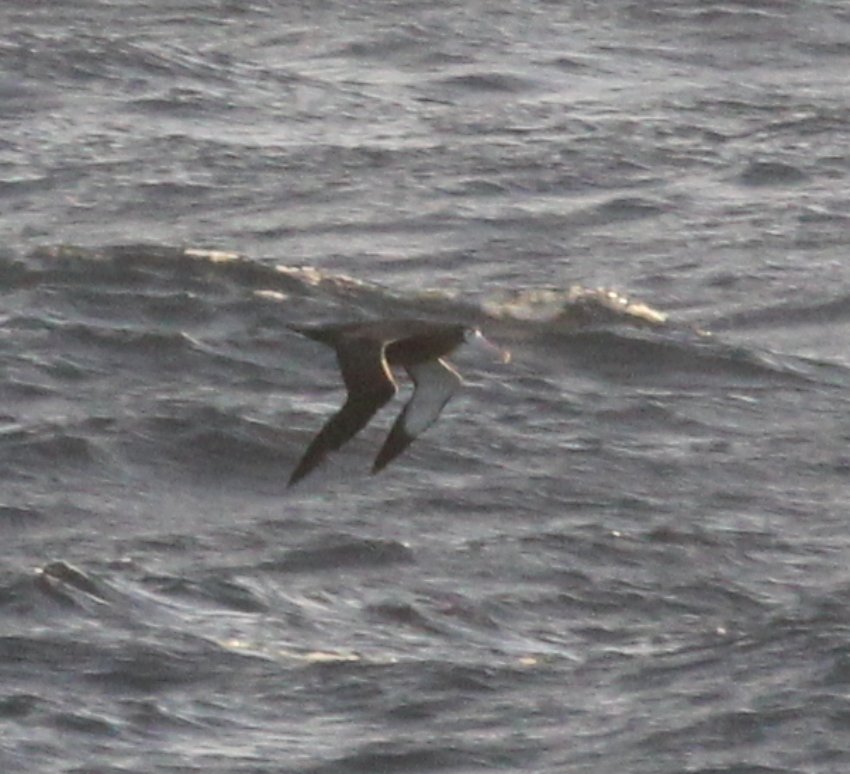 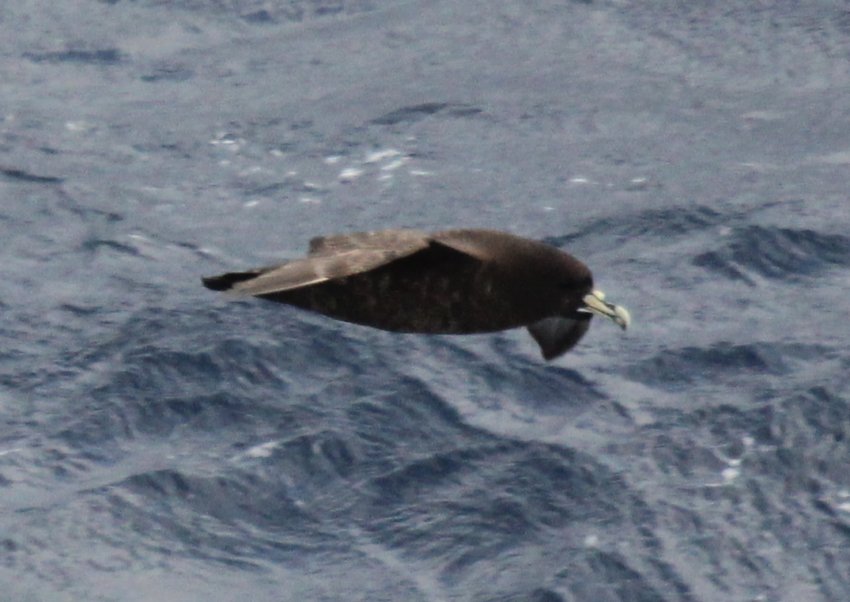 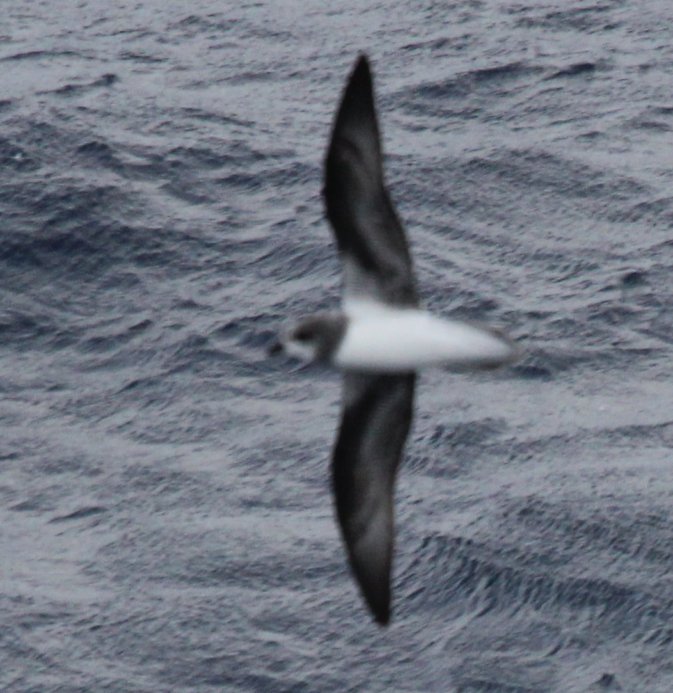 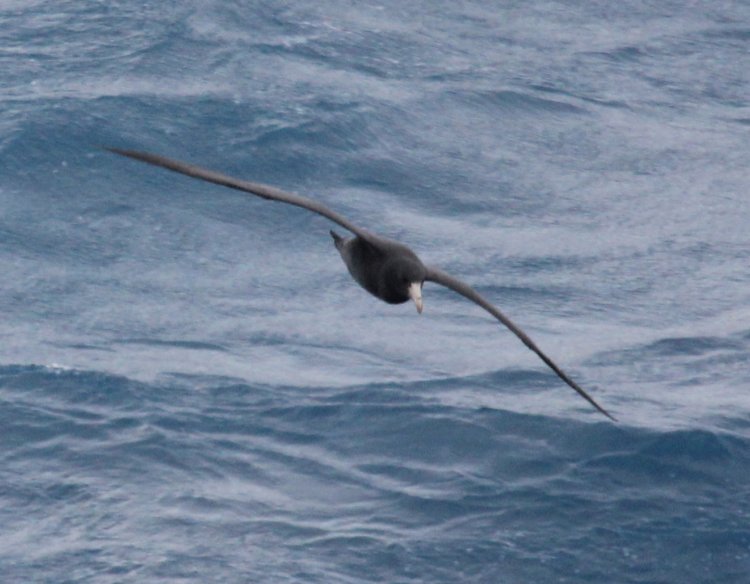 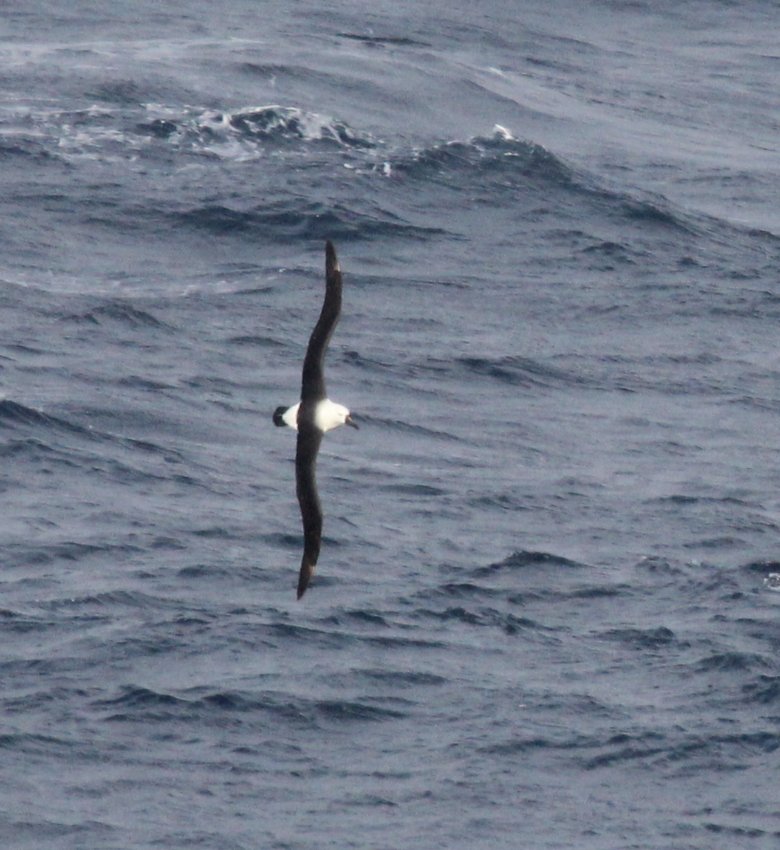 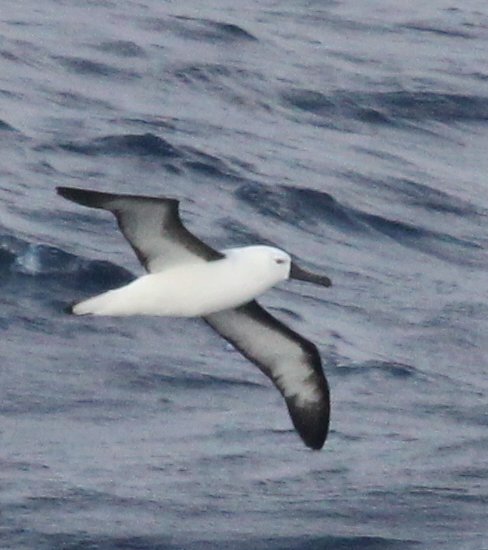 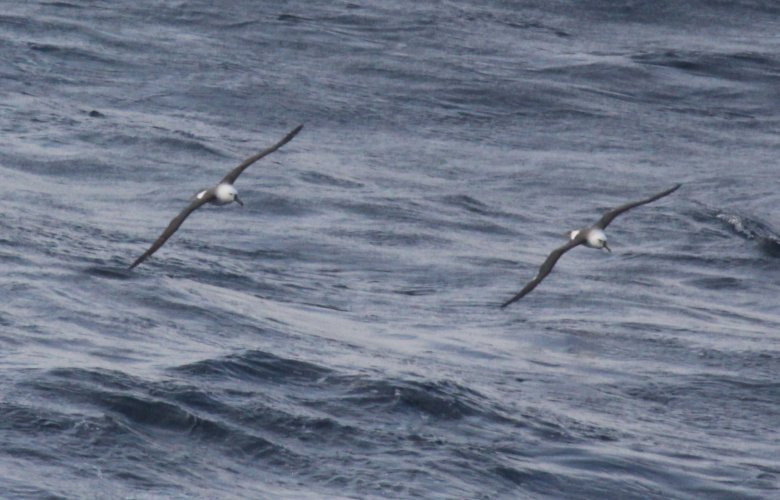 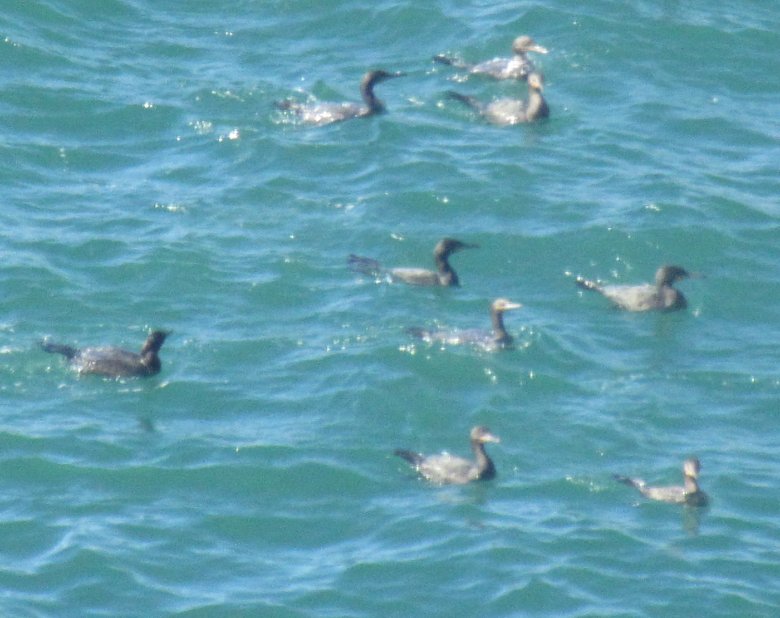 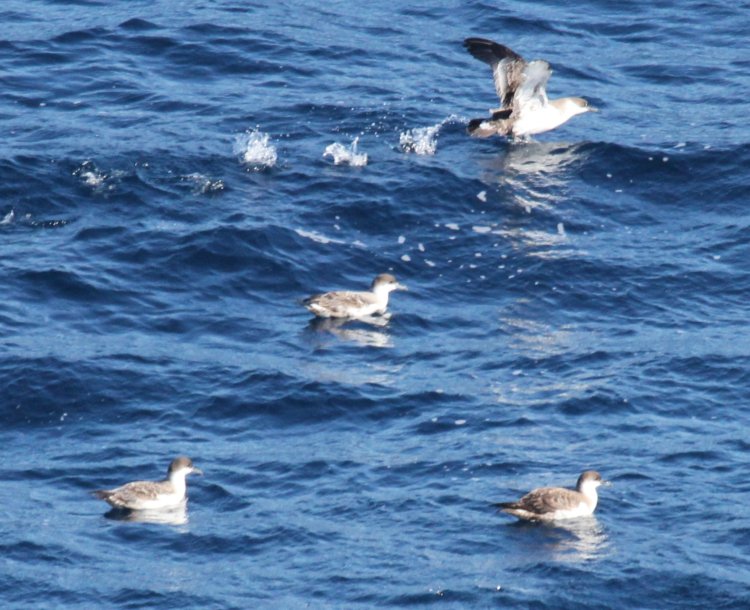 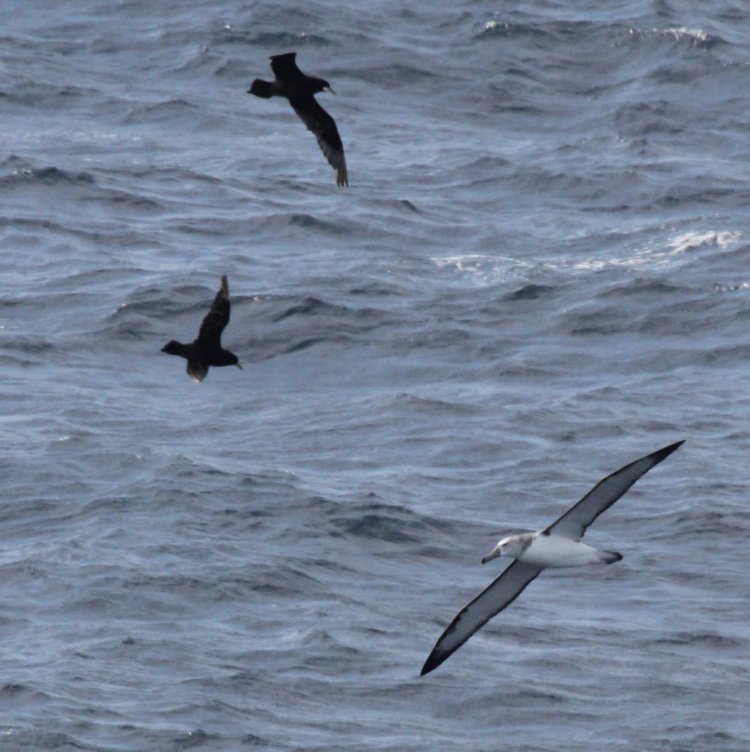 And then back again. 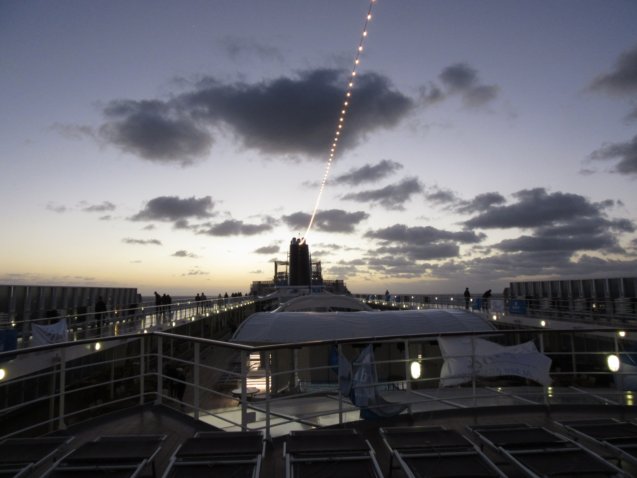 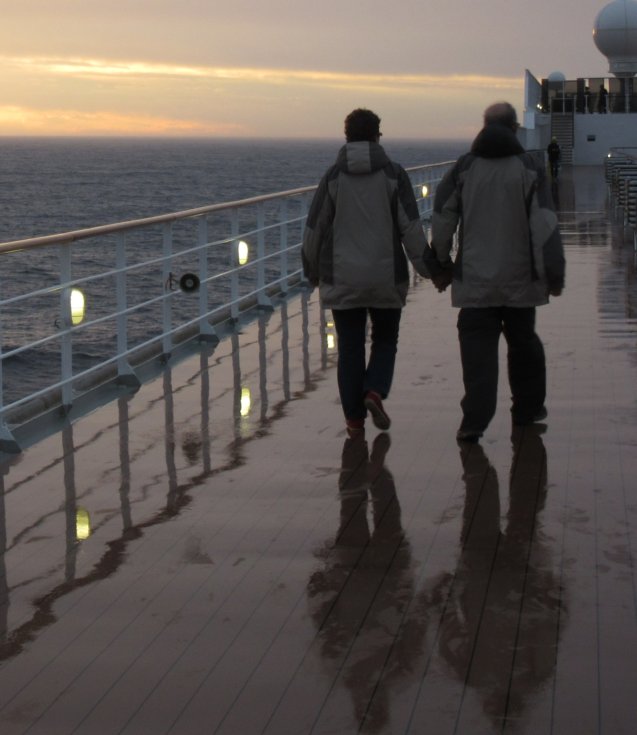 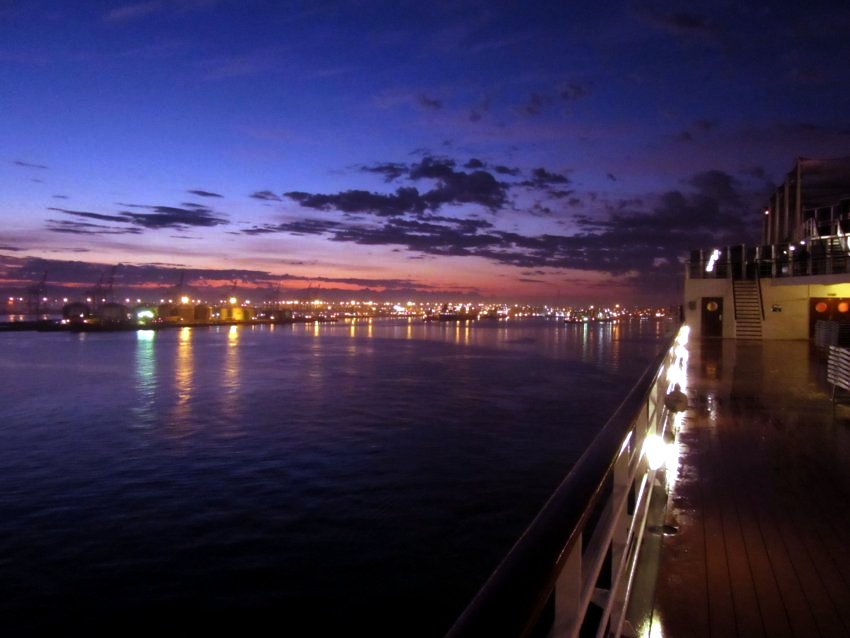 There is a video here

We spent a weekend in Grootvadersbosch and the second night was really good for astronomy. Clear and near windless. Beautiful! 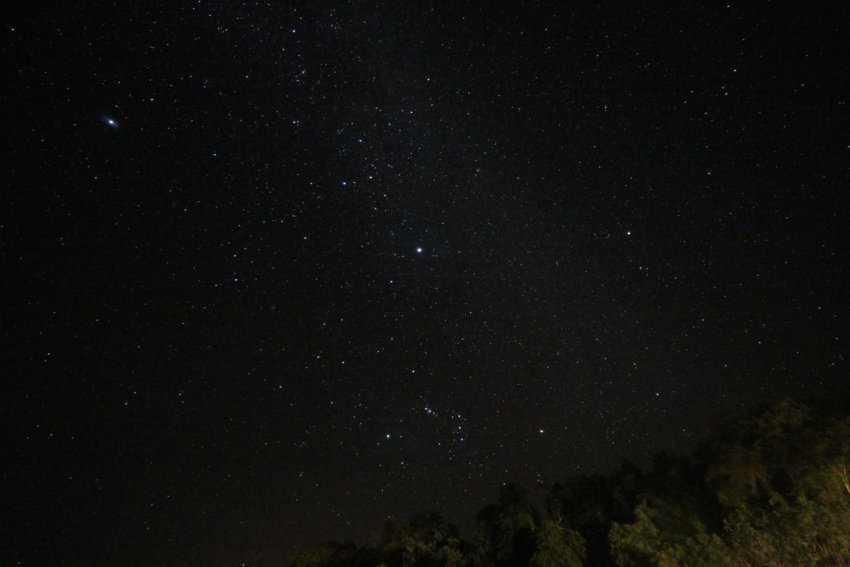 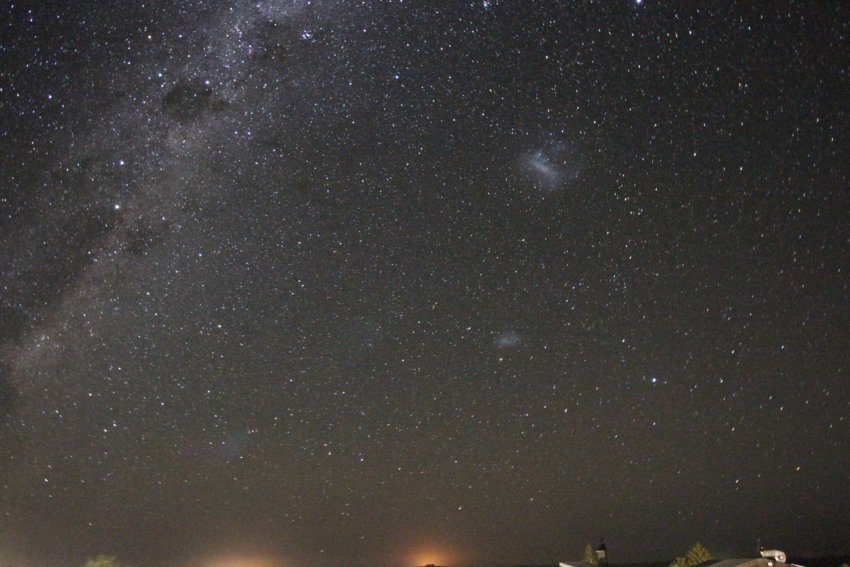 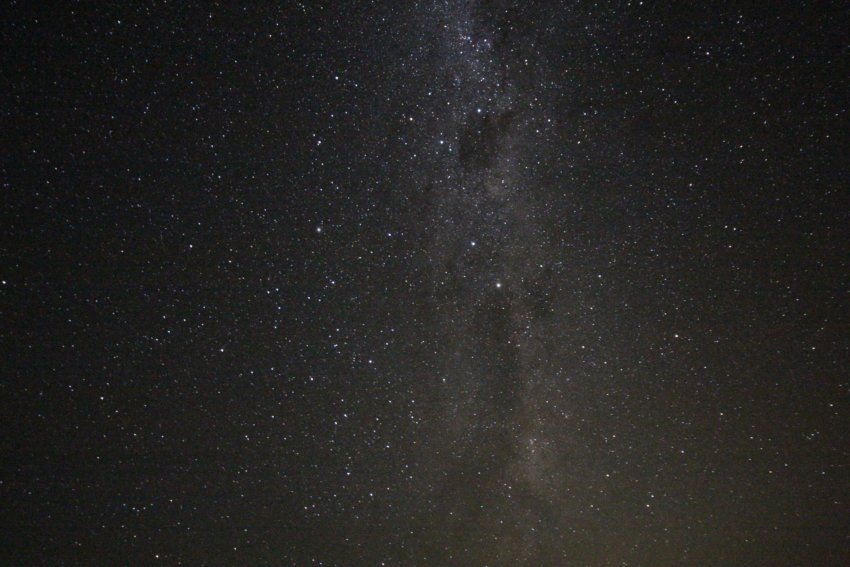